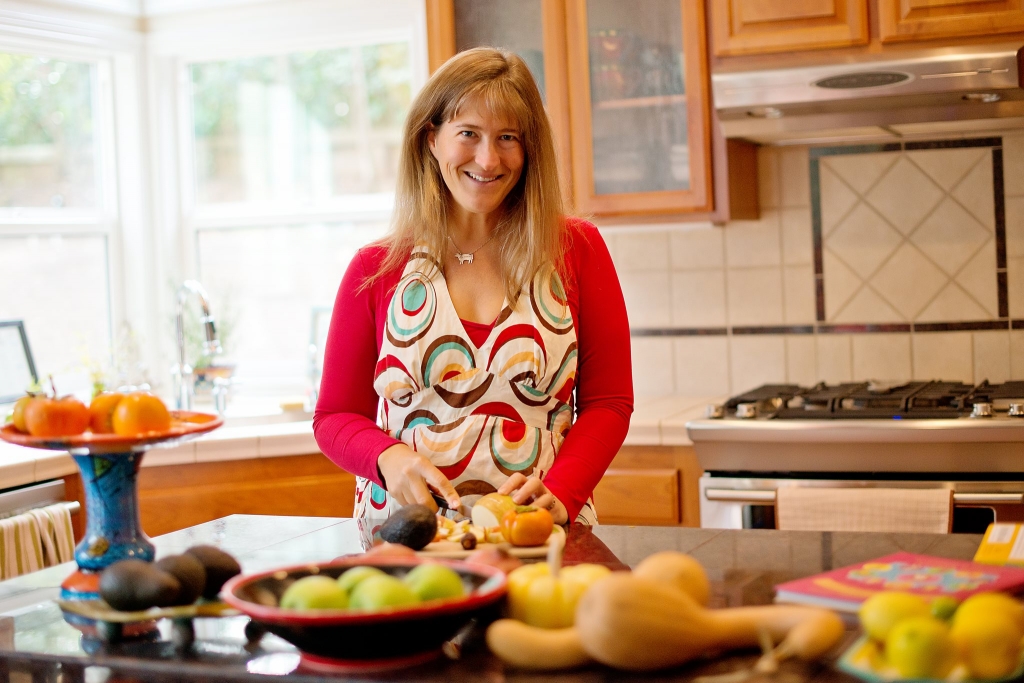 Angela Glasser created For The Love of Cows as a space to share, educate, inspire and challenge our belief systems about what kinds of foods we should be putting into our bodies and the bodies of our children.

Hi, I’m Angela, thank you for visiting!  My hope in creating this blog is to inspire and support you in making healthy and compassionate food choices. After following many plant based/vegan blogs and reading countless books and articles on the health benifits of a vegan diet I’m ready to share what I have learned. This is also the place where I can share the challenges and rewards of raising children on a plant based diet. So far it has been easier than I thought. We are just starting out. Our boys are 3 and 4 years old.

I have a graduate degree in Social Work and I am a Licensed Clinical Social Worker in California. I have worked in the mental health field for over ten years. I’m trained, as a social worker, to advocate for those who cannot advocate for themselves. I had always assumed I would be an advocate for people. But for the last few years I have felt myself drawn towards advocating for another species. Yeah, I know, kinda weird. I never imagined that I would want to be an advocate for cows. But that is where I am. I can’t deny it any more. This strange pull – no – burning desire to educate people about the horrors this gentle species has endured at our hands.

I’ve always felt drawn to cows. Watching them has the same effect on me as a purring cat in my lap. So calm, so gentle, so peaceful. Watching a mother cow and her calf is such a treat. The mother and calf have such a powerful, tangible bond.

Maybe it is because my Chinese astrological sign is an Ox. Maybe it is because I became a mother and gave my babies milk from my own body. I started to question why humans would want to give their children the milk of another species. Why is it okay to take baby cows away from their mothers so we humans can drink the milk intended and perfectly formulated for baby cows?  There are some serious ethical and even spiritual issues involved in the consumption of dairy products, and all animal products for that matter. The more I learned about dairy the more convinced I became that this was not just about nutrition or health.

To be completely transparent, I see veganism as a social justice issue whose time has come. I’m thrilled that science is now able to back up what vegan health professionals have been saying for years. We do not need to eat meat or dairy to be healthy. In fact, the healthiest diets are those devoid of meat and dairy.

I am especially interested in supporting people who would like to raise their children on a plant based/vegan diet. My husband and I are vegan and our happy, healthy, beautiful, brilliant children (I might be a little biased) have been vegan from birth. The decision to raise our children as vegans was relatively easy since my husband had been vegan for about 15 years before we met and I had been a vegetarian with vegan interludes for 15 years.

In fact, it didn’t really feel like a decision but rather a natural extension of our lifestyle choices. It was just a given. Then, a funny thing happened after our kids were born and started to eat solid food. I started to feel like I had to defend our lifestyle choices. While friends and family rarely voiced anything negative, I got the sense that they were concerned for our boys well being and thought we were extreme. My suspicions were confirmed when one friend said to me (after our children had turned two and three and were obviously healthy and thriving), “You know, when you first said you were raising your children vegan, I thought it was child abuse.” Wow!

I have created this blog as a space to share, educate, inspire and challenge our belief systems about what kinds of foods we should be putting into our bodies and the bodies of our children. I would love for you to join me in exploring the plant based/vegan lifestyle.